Rebecca Solnit - Recollections of My Non-Existence 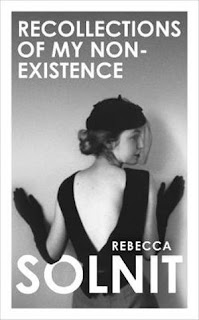 I have loved Rebecca Solnit's work since first coming across Wanderlust at the Castlemaine library a decade ago - my favourites include the wonderful Infinite City (an alternative atlas of San Francisco), The Faraway Nearby (anti-memoir circling fairytales, her mother's dementia, Mary Shelley, travel and more), Inside Out (Interiors, house-y and otherwise) and Secret Exhibition - Six California Artists of the Cold War Era (about  Wallace Berman, George Herms and the San Francisco Renaissance).
All this time I feel like I have been waiting for something about Solnit's early years. Her Kunstlerroman. Solnit came of age around punk and marginal communities in San Francisco in the 70s and 80s, and it seems, has never stopped writing. Recollections of my Non-Existence feels like it might be that book. I've only just started but it's already making my heart beat faster. She is witness and historian. Her writing lives in its own space that is revelatory & elegiac. I'm often moved by it. The piece 'Life During Wartime' about gendered violence feels like Solnit's gathering all the stray and awful thoughts and feelings in the ether, the ones you have when faced with yet another news story about a murdered woman, or when that new TV show starts with a dead girl. Again. ("It felt ubiquitous then. It still does.") Solnit's pulled them all together to show what they form. ("It gets you even when it doesn't get you.") It's like she's naming the un-nameable.
"You could be erased a little so that there was less of you, less confidence, less freedom, or your rights could be eroded, your body invaded so that it was less and less yours, you could be rubbed out altogether, and none of these possibilities seemed particularly remote. All the worst things that happened to other women because they were women could happen to you because you were a woman. Even if you weren't killed, something in you was, your sense of freedom, equality, confidence."
Labels: feminism genius memoir non-fiction rebecca solnit

Writing YA fiction - ONLINE COURSE - May! 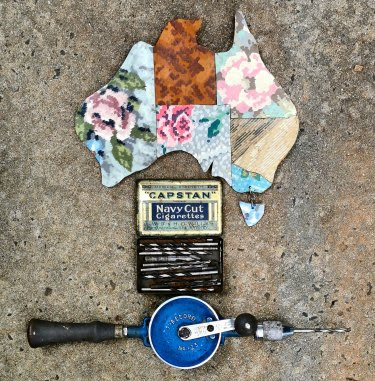 The Secret Life of Things